I feel as if I have been away for ages, and certainly longer than I intended, but I had an accident the day I returned from holiday.  It was just a stupid trip, I was waking across a tiled floor and looking at my grandchildren, I didn't see the shallow step down, just about 2 inches, and I fell.  Unfortunately I fell on my head and knocked myself out.   I refused to go to hospital as I was due to travel home, a few hours later, but ended up there a couple of days later when back in the UK.  Fortunately my CT scan was clear, but I had concussion.   The headache is now gone, just a sore spot on my head.   I did feel rather subdued though and not my usual self at all.  I couldn't blog either, I didn't even read any blogs,  I tell you I needed a big kick to get me going, so here I am.

I do have some progress to show you though which I started before I went away. 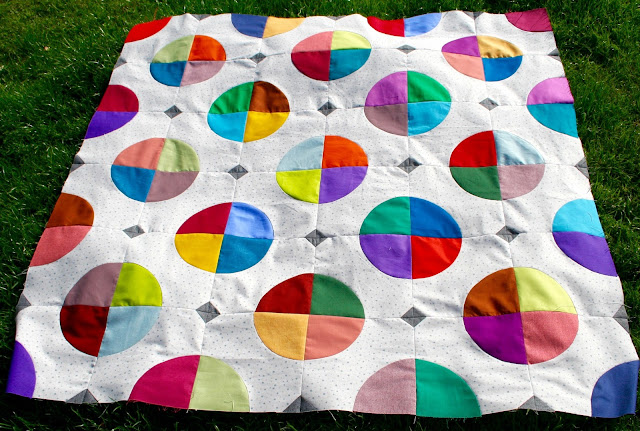 Oh yes, the circles quilt is nearing completion and I gave it a good shake.
You see although it looked good with the bright appliquéd blocks it was just a bit boring and needed some more interest, so, I added a stitch and flip triangle to the plain corners using 1.5 inch squares. 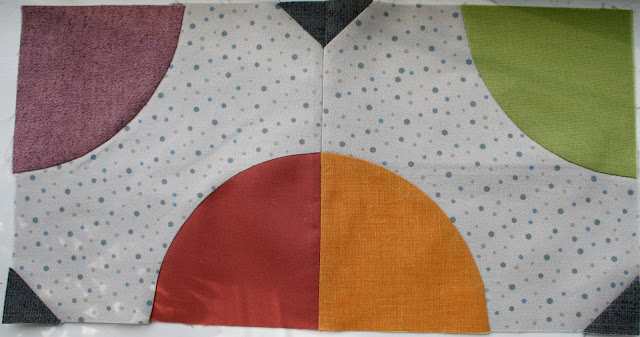 It made it a bit tricky to join the blocks, and rows together, but I love the results, it just adds another dimension and gives it a lift.   Like it? 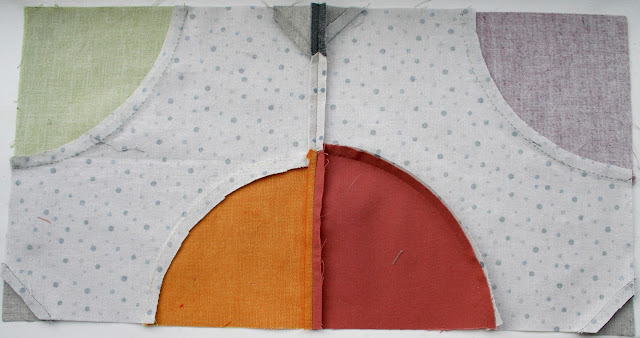 And here is the back.  I had to re press some of the circles and press the joining seams open to educe the bulk.  Karen gave me a great tip, apparently when you do half square triangles or stitch and flip triangles you should press them open BEFORE you cut them apart, it makes them more accurate.  Guess what?  It works, they are easier to press and you don't get the distortion you can otherwise get.

The thing is what do I do now.  I had planned on adding a border, but then I thought it may be too busy. It does need to be a bit bigger though as it is only about 48 inches square.

Well I liked the idea of  using rectangular blocks of colour after reading all about Luna's lovely quilt here, and Stacey's beautiful quilt Winter Polarity.  But maybe it would be too much colour for my quilt.  THEN, after talking it over with the lovely Jennifer, who not only gave me a wonderful suggestion but even planned it out for me on her programme and gave me a visual to see what it would look like, I have it.  No I'm not going to show you, not until it's done.  Thank you so much Jennifer, you go beyond friendship to help others.

Ok, thats the end of the quilting stuff.  Here are I some pics of my holiday for those who are interested. 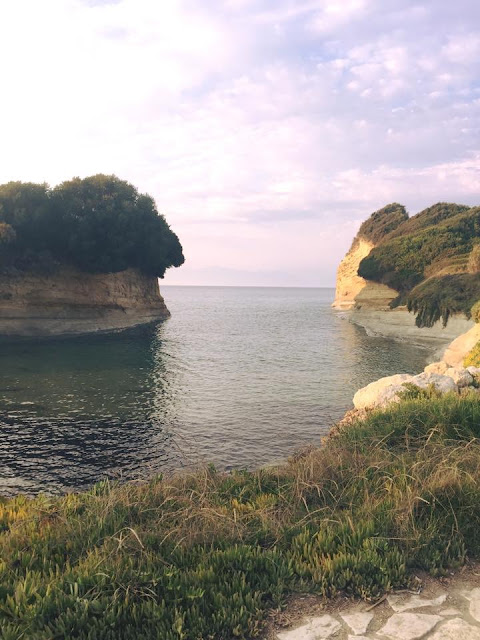 This is one of the famous views of Corfu. 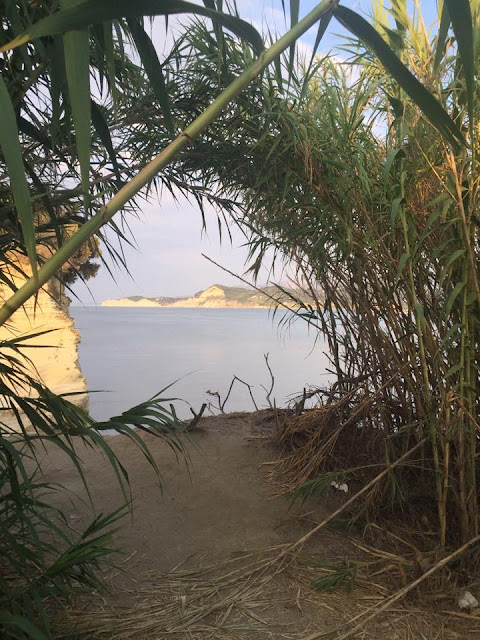 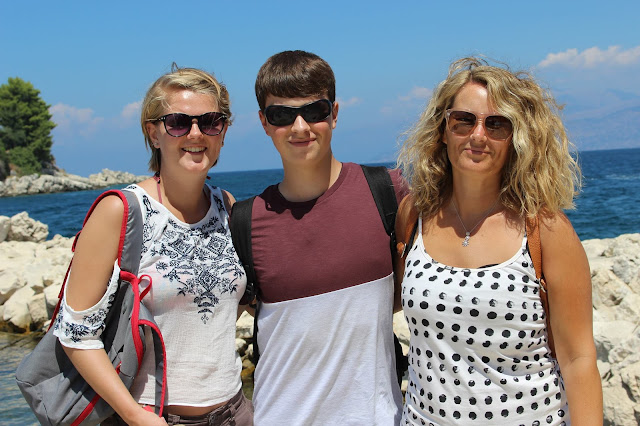 My beautiful daughter and grandchildren.  Kelsey's hair was very long but she had it cut off at Christmas to make a wig for a child who had lost theirs through illness.  She raised more than enough money to make it into a wig in the process. 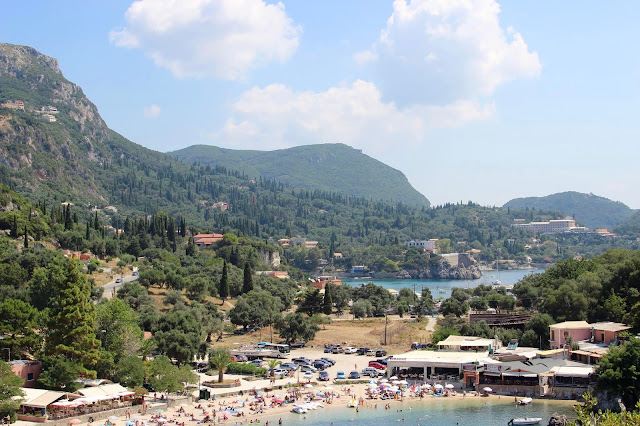 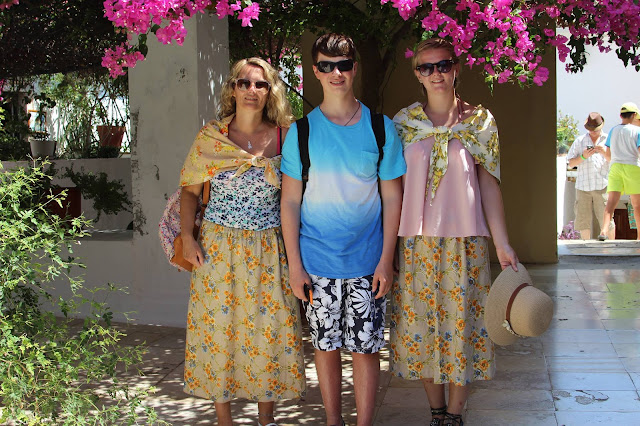 On a visit to a monastery Caryne and Kelsey were wearing shorts with their shoulders exposed, they were given skirts and shows to wear before they could enter.  Rather fetching don't you think? 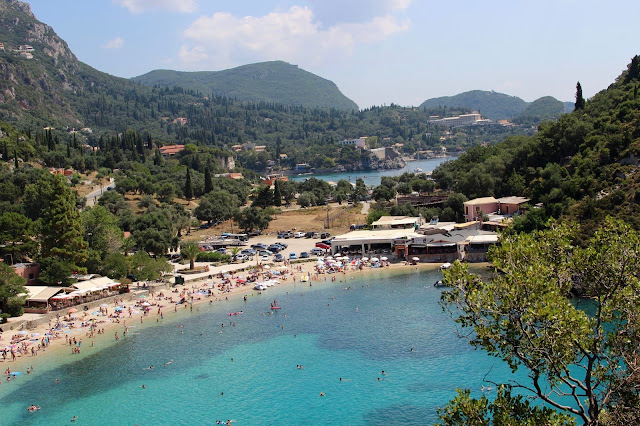 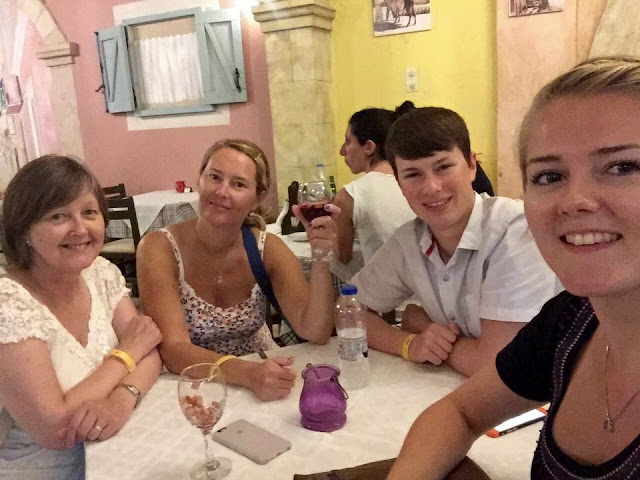 Out for an evening meal, a group selfie.  It always looks strange to see Caryne with a glass of wine her hand as she hardly ever drinks alcohol. 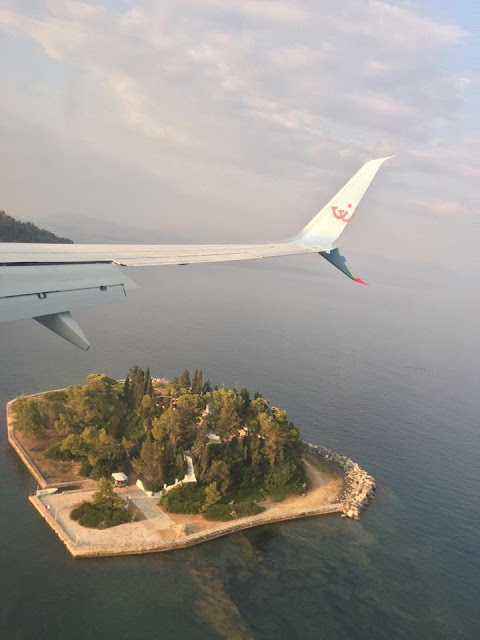 I hope I didn't add too many and bored you.  Promise I won't leave it so long next time.

Until then
Smiles from
Kate

Linking up with
Can I get a Whoop Whoop?
Anja at Anja Quilts hosting TGIFF
Cooking Up Quilts
Lets Bee Social
Needle 'n' Thread Thursday