Is there anyone there?

Want to see my next Gypsy block?  Sorry, no choice, you are getting it anyway, 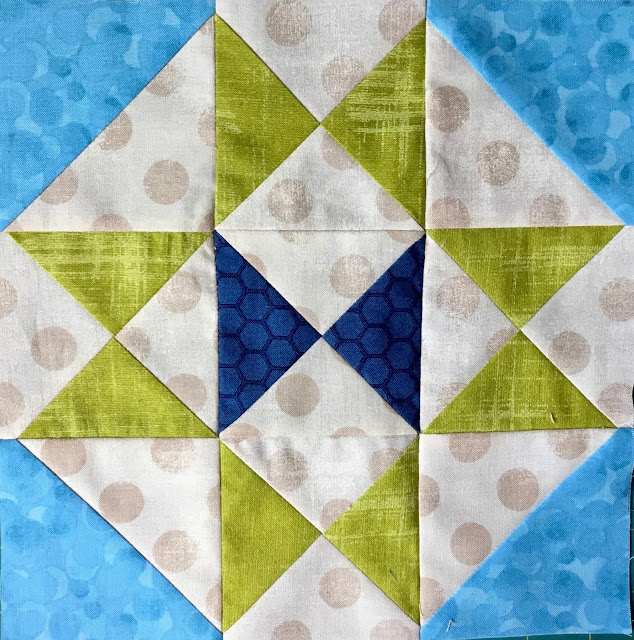 this is it, the name is Star Block, pretty boring name isn't it?  Especially after Crazy Anne and oh I must tell you, it seems I have been calling one block by the wrong name.  The second block I introduced as Perishing is actually Pershing.  Just to set the record straight.  Back to Star Block, no it's not as bright and colourful as some of the others, but I think it will add more contrast.  If all the blocks end up super bright the quilt will be overpowering with little balance, so I am adding some cooler and darker shades.  That's how I'm thinking anyway. 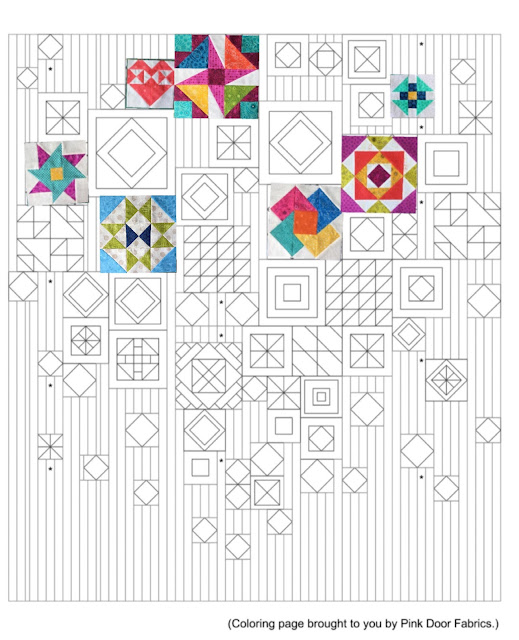 This is the updated pic to illustrate what I mean.  I have looked at so many Gypsy versions, and each one is wonderful and unique, some are monotone, some are completely saturated with colour, some have multicoloured strips and some have neutral strips to show off the blocks more, such as two tone creams, or black and white, such variety.  Mine will have multicoloured strips, like the original pattern, so it will live up to the original design.  If all those strips were bright you would need sunglasses to look at it, that's why I'm adding the cooler and neutral shades.

I did get a little more quilting done on circles before I got away, I got nearly half the quilting done in the coloured circles.  I had a big think about it first, hang on I'll show you.......... 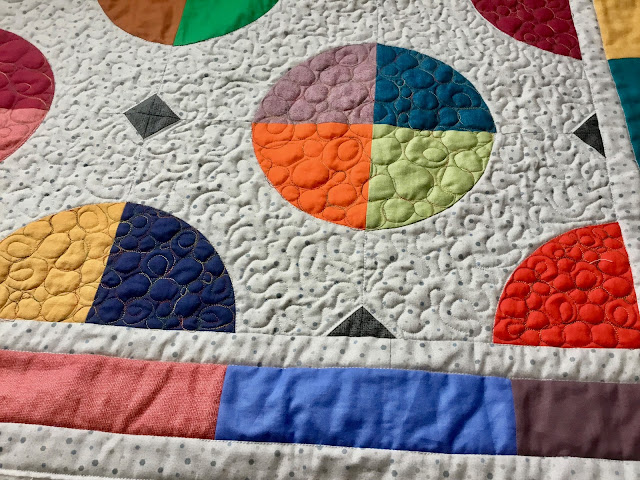 Now you can see, circles, or pebbles as they are known.  Pebbles best describe mine too as they are not all circular, AND they overlap quite a bit, far from perfect in fact.  Do I care?  Not on your nellie, I decided to do pebbles as my control needs a lot of improvement yet and I still struggle with manipulating a larger quilt (ok not that large but it is for me).  If I had tried to do something fancy like orange peels, which would have been perfect, it would have been disastrous, so I chose pebbles and if you stand back and screw your eyes up they look great, so I'm happy.  I had a variegated thread so I'm using that, hope I don't run out, I've had it for ages, but it's a King Tut so I'm hoping it will still be available if I need it.  Fingers crossed.

Thinking of Gypsy recently I also started thinking of the quilting, some quilters machine quilt and some hand quilt, that got me thinking of the baby quilt I made for my youngest granddaughter Emily.  It was just a panel with borders but it matched the theme of her bedroom. 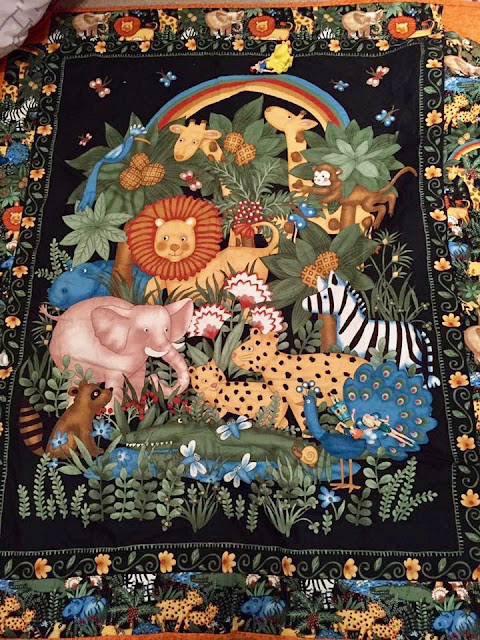 This is the only pic I have as I forgot to take one before I gave it to her Mum and I pinched this from Facebook.  Yes, her bedroom has a jungle theme.  I had bought this panel years beforehand and some yardage of the matching print too.  I think I should have added a border between the flowers and the small print in hindsight (which is as always a wonderful thing), but I didn't and it can't be changed now.  I had to juggle the yardage as I had a limited amount but I did have enough to make it all face the same way, don't ask me why I decided to do it like that I can't remember.   I added cornerstones in orange, which I also used for the binding.  As a point of  interest I have been using some of the  leftover orange scraps  recently to make the noses on my snowman cushions.  Waste not want not.

Unfortunately when I zoomed in the quality wasn't good enough to allow you to see the hand quilting, so I will just have to tell you about it.  I hand stitched around all the animals and some of the detail on them as well as some of the leaves, butterflies, rainbow etc..  I even quilted around the small animals in the border.  It took me ages, good job I started early.  Emily now uses it in the camper van, she is going on five so the design is still fine for now.  However I believe there are plans afoot to turn her bedroom from a jungle into a bedroom fit for a little girl, so a new quilt may be in the offing before long.

If you have left a comment since Saturday I won't have read it or answered it yet, as I said last week I don't have wifi, a phone signal, or tv this week.  I have taken a little hand sewing, though not much, and a couple of books too, 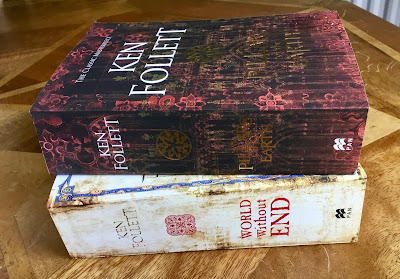 these are they, World Without End and Pillars of the Earth, Ken Follett.  I have read them before but I don't have copies so I treat myself as I won't be spending anything much at all when I'm away.  I didn't mind buying these as I know I will reread them in the future, also after many years a third book will make them a trilogy next month and I have had it on preorder for ages so this is the right time to read them again.  I don't think I will get them both finished in time though, these take some reading.  It's the kind of books I like, no three to four hundred pages for me, there just isn't enough words for a good complicated story to develop.

So, that's all for today, no linking up, unless you are reading through Mean Queen, she has my blog on her sidebar.  If you haven't read it take a look, she is indeed the queen of frugal living in the UK.  The posts vary a lot, sometimes she just shows some pics, other times she talks about her crafting, sometimes she talks about how she has been saving money or her opinions of life, and some of the posts can stir up a real hornets nest.  Do make sure you read the poem on the sidebar one of the readers wrote, it sums her up brilliantly.   It's a great blog, but don't just judge it on one post, have a good look around while you are there.  There is also a monthly update on the quest to walk a thousand miles a year and lots of people add their totals in the comments.  Do you know it's not as difficult as you think?  All you have to do is about three miles a day.  Amazing, I never thought of it like that.

See you again next week and I will tell you where I have been and what I have been doing, but don't hold your breath, it won't be THAT exciting.

With smiles from,
Kate x