Oh I have had such a busy two weeks, it has all revolved around the wedding of my son and his most beautiful bride of course, however, I have found some time to get into my sewing room.

First the quilting bit, I will show some wedding stuff at the end if you are interested.

I did a little more on Postcards from Sweden, I now have four rows stitched but not stitched together.  Of course the quiltalong by Sandra at MMMQuilts is now over but hey, as long as I finish it I'm still a winner, yes? 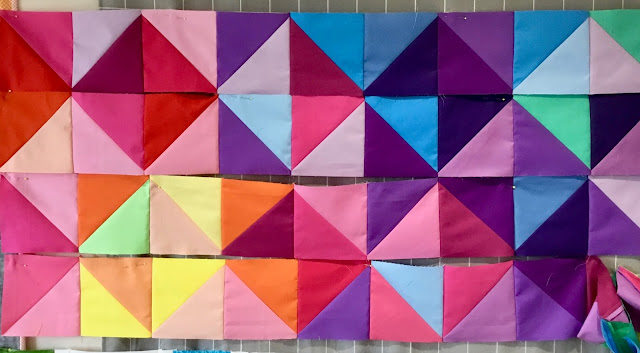 So this is it on my design wall, only my design wall isn't wide enough of course, I'm thinking of buying some more fabric and making it wider although it will go behind the door.

Next, yes I'm jumping between projects again, but I really want to get this one done and finished.  Tina and Stuart's wedding quilt.

Tina wanted a rainbow of colours, I have used all the fabrics from the signature panel which will be incorporated into the back and I added a few more, all Alison Glass which blend beautifully together.  The blocks are set 8 x 10 but I'm making it slightly wider and adding another row to the width.   I'm using a pattern by Northcott,  for the front, it's an older pattern but I had a hunt around in the archives and finally found it, the pattern is available as a free pdf.

All the blocks are made, as there are four blocks of each colour, except two where there are only three  as I added an extra ten blocks.   I divided them into four lots with one of each colour in each, using one group at a time I have a more even spread of colours and fabrics. 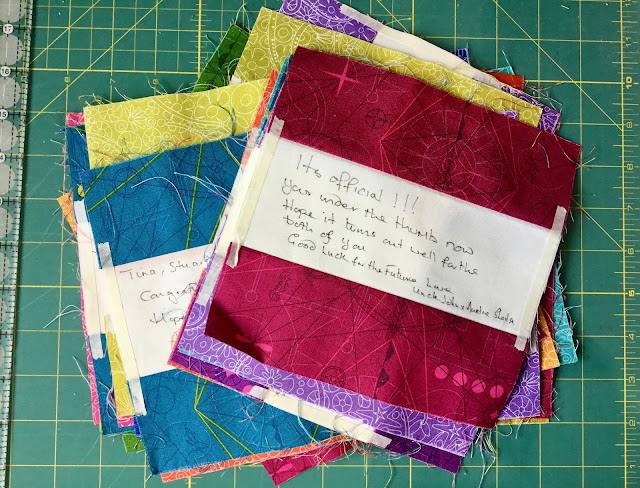 Once the front is finished I plan on getting straight on with the back. The signature blocks are a reverse of the front, white in the middle bordered by colour and will be set on point and I plan on maybe a narrow border or something and then to set it into a single fabric chosen from those already used, any thoughts on that?

The last thing I have done was to finish preparing the blocks for the wedding of Chris and Sarah. 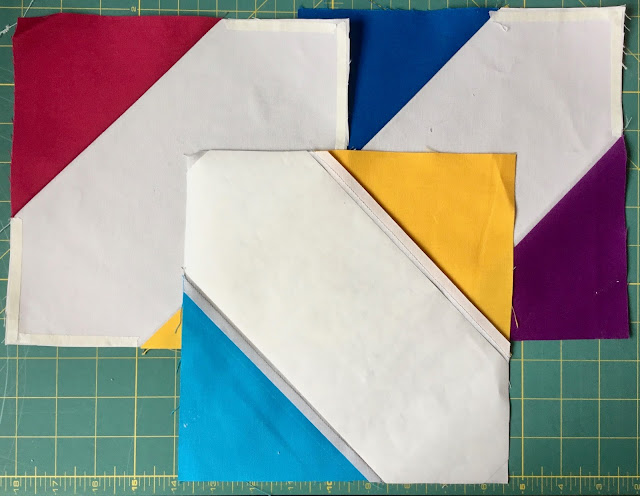 The blocks were already made so all I had to do was cut 48 pieces of freezer paper and iron to the back of the signature bit and add the quilters tape to the front.  Here they are ready for signatures and messages.

Of course the wedding took place a few days ago and here they are now.  I can't show you all of them but here a one or two of my favourites. 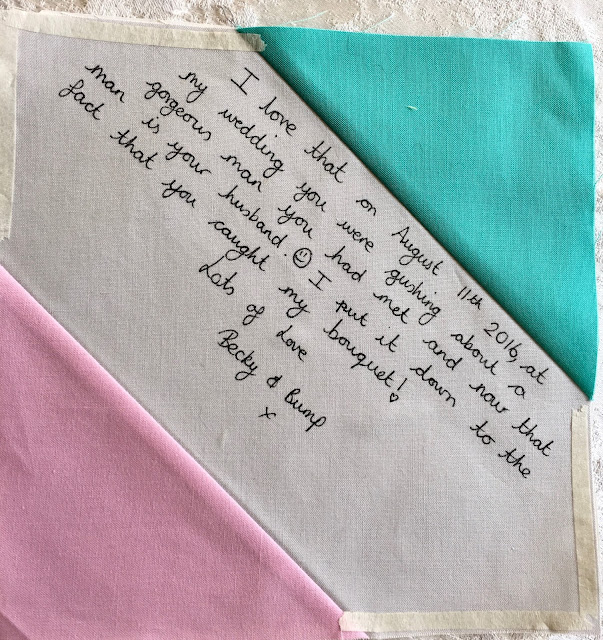 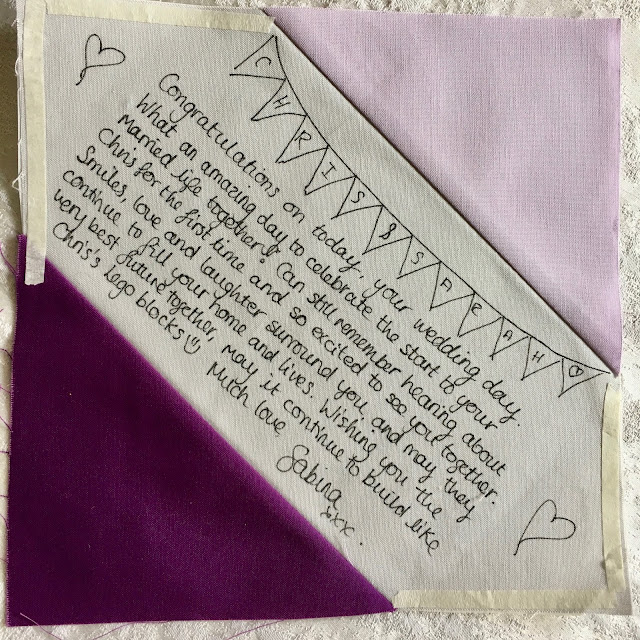 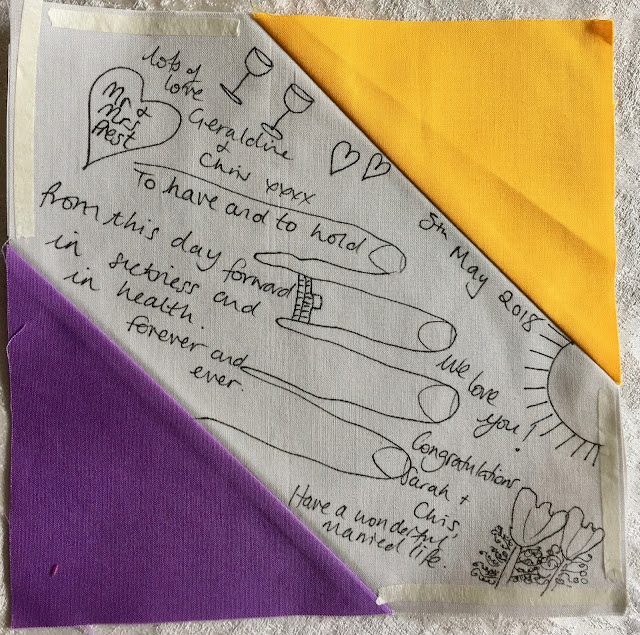 And as you can tell putting tape on the edges worked well. 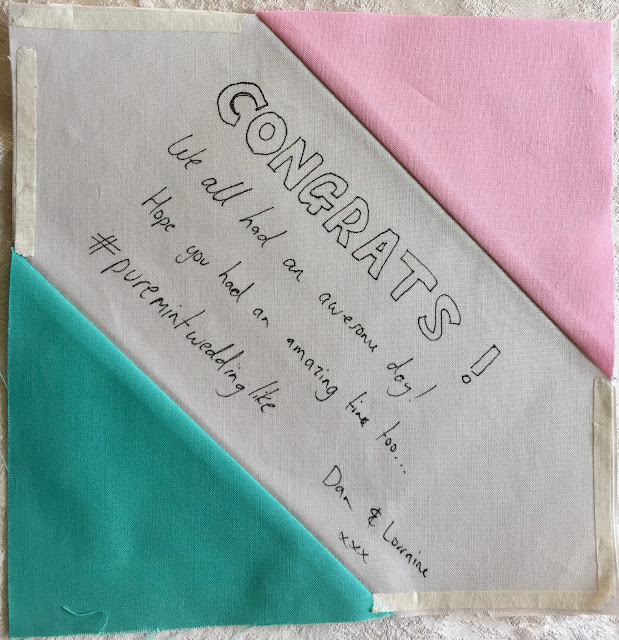 You have to get the 'Geordie' dialect to really get this last one.  Geordies is a name given to people who live in the area of Newcastle upon Tyne in England and like other dialects it has certain words and phrases it uses unique to the area.  'Mint' is to describe something exceptionally good and 'like' is used as an emphasis.

That's all of the quilting stuff for today so now for the wedding bit for anyone who is interested. 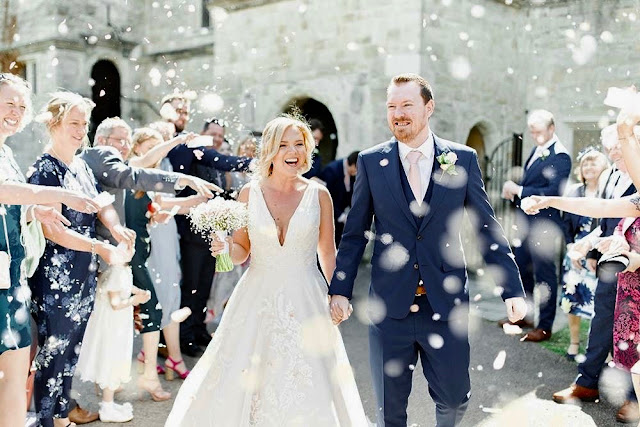 My heart is full, I can't yet think of the wedding without being moved to tears, rarely have I seen a couple so in love as these.  As she walked down the aisle she looked neither right nor left, her eyes were locked on his and her face was wreathed in the most beautiful smile.  As I turned and looked at him the love in her face was reflected in his and his eyes were full of tears, as were half the congregation. 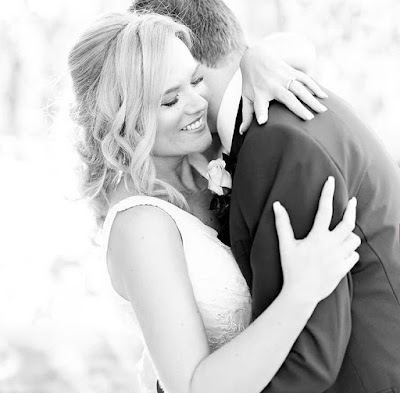 I'd like to share with you the reading I did at the ceremony, they wanted a day full of joy and laughter and so I chose a humorous reading.  I did change a few of the original words and omitted one of the verses so it was more a reflection of them as a couple and more natural to my way of speaking.  I'm sure you will easily find it if you would like to read original version.


He never leaves the seat up – Anon

He never leaves the seat up
Or wet towels upon the floor
The toothpaste has the lid on
And he always shuts the door!

She’s very clean and tidy
Though she may sometimes delude
Leave your things out at your peril
In a second they’ll be moved!

He romances her and dines her
Home cooked dinners and the like
He even knows her favourite food
And spoils her day and night!

She’s thoughtful when he looks at her
A smile upon his face
Will he look that good in 50 years
When his dentures aren’t in place?

He says he loves her figure
And her mental prowess too
But when gravity takes her over
Will she charm with her IQ?

She says she loves his kindness
And his patience is a must
And of course she thinks he’s handsome
Which in her eyes is a plus!

There's neither of them perfect
But who are we to judge
He can be pig headed
Where as she won’t even budge!

But when all that's said and done
They love the time they spent together
And I hope as I’m sure you do
This fine day will last forever. 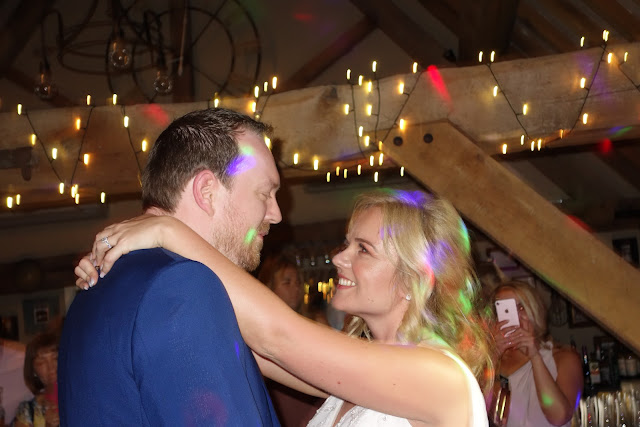 Here is a pic of my husband and I as I know a few of you are interested in my wedding outfit. 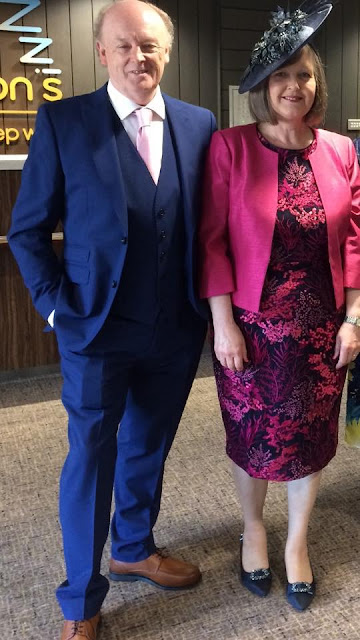 I used the same shoes bag and fascinator I wore for my stepdaughter Tina's wedding in February but the dress and jacket I bought specially.  As I knew Sarah's Mum was wearing blue I chose pink although the background of the dress is dark blue which is overlaid with dark blue lace with flowers and leaves in various shade of pink.  You can't see but it has short sleeves of just the lace. 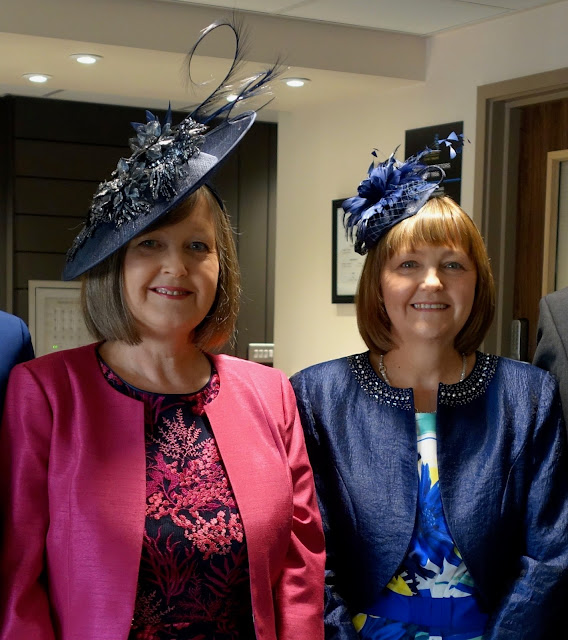 Me and my sis.

Now for the fun ones. 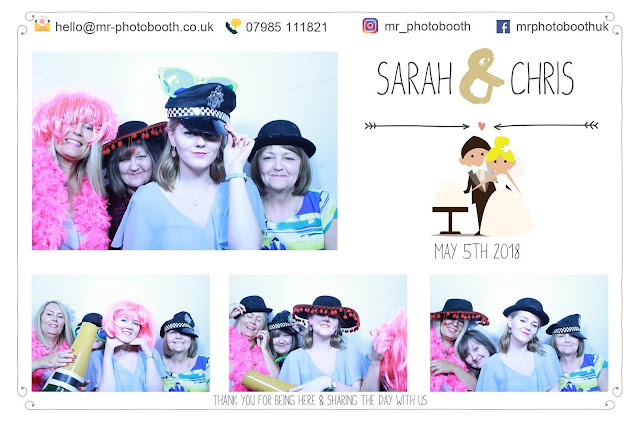 Me and my sis, daughter and granddaughter. 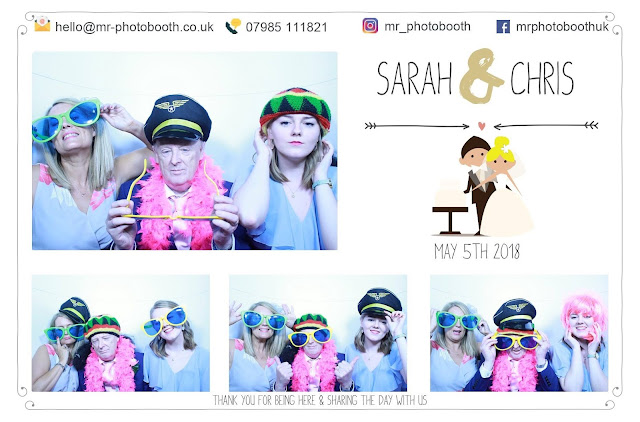 Who said my husband doesn't do fun? 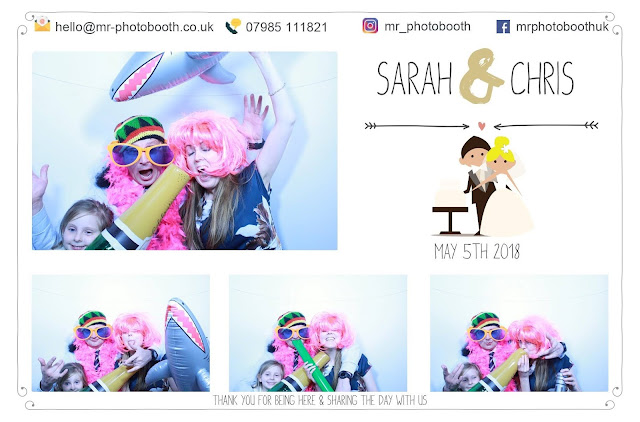 Three months after their wedding Tina and Stuart are still partying with their daughter Emily.

That's all for today, I'm off for a little cry now and to stitch some more blocks together.  Two children married within three months has been a lot to cope with but it may be a years until we have another family wedding so I have lot's of time to recover.

Fingers crossed I should have a finished top for you next week.

Linking up with:
Midweek Makers
Can I Get a Whoop Whoop?