I'm nearing the end of a couple of things this week, Gypsy and my temper.  Oh yes I do have a temper but most of the time I keep it well under control with just the odd flash of anger, but this week I feel my patience has been sorely tried.

First, the last of the Gypsy blocks, 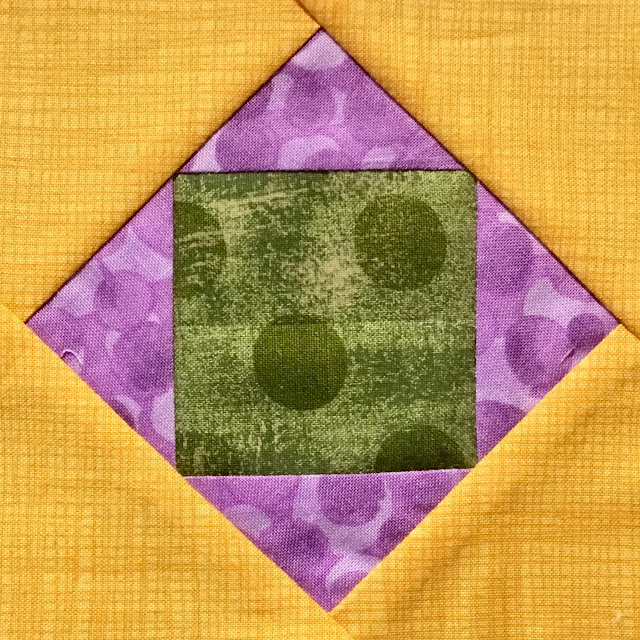 Square in a Square in a Square.  I used the Bloc Loc chart as always and I stitch from the back so I can see my points, well most of the time, looks like I just caught these ones, but not bad enough so I can't live with them.

I have most of Gypsy together now, only sections five and six to go.  Want another peak? 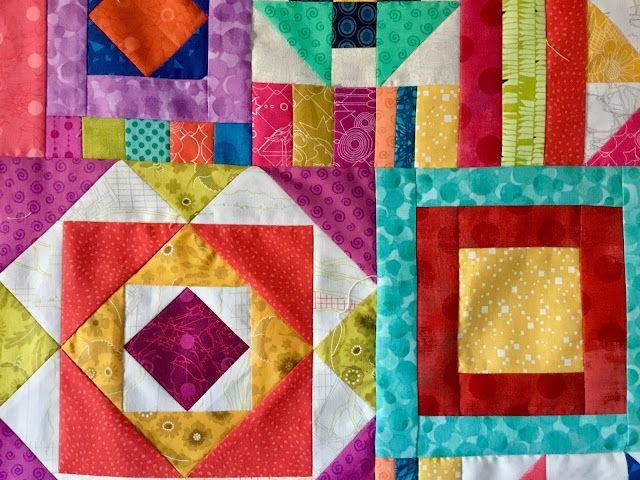 The bottom of section one and the top of section two.  The longest time has been in choosing the strips, AGAIN.  Section seven drove me nuts with the partial seams, I worked it out It took me about eight hours just on that section.  Yes I am telling the truth, I keep telling you how slow I am and yes I did use the sewing machine.  One of the problems is by making all the blocks first and using a limited number of fabrics I found some of the blocks just didn't sit right together and I ended up changing the borders of some and replacing others with new blocks.  I think Jen Kingwell would think me a bit picky but if I don't do it it will spoil the finished quilt for me, that much I have learned.

You may just want to skip this next bit because it's not about quilting it's me just venting off.

I had a problem with a delivery this week, my big sack of dog food for Ella who has some food allergies, I have it on subscribe and save from Amazon and the notification came it was to be delivered on Monday.

Monday  no delivery but a notification it had failed, it said a card had been left.  Strange because I had been in all day waiting and no card had been put through the door.  Contacted customer services, it seems to have moved since the last time I contacted them ages ago, it used to be in Ireland and they were wonderful, second to none.  This person was obviously abroad but had a good command of English, he said it wouldn't come until Wednesday, I was concerned, I couldn't wait that long.  No problem they would send another for next day delivery and just refuse delivery of the first one when it came.  He would even ring me the next day to confirm it had arrived in fact he even said they would refund me my money, I didn't expect that but never look a gift horse in the mouth.

Tuesday No delivery and no phone call, I contacted them again, what was going on?  I received an apology, it would be delivered the next day.  Then I received a second call, at midnight, no, sorry, I exaggerate, it was actually 11.58pm.  My mother is ill you can imagine my reaction to a call that woke me up, it took ages to get back to sleep.

Wednesday contacted customer services and complained, received an email of apologies and excuses.  The good news was I also received the replacement order, Ella was very grateful.  It was over.

Thursday  I received a notification that my original order had now been delivered and handed over to a receptionist.  WHAT??? I live in an ordinary house on an estate, there is certainly no reception or receptionist.  Contacted customer services, a bad line and he obviously didn't understand my concerns, AND he said I wasn't getting a refund, which I hadn't asked for in the first place.  I requested to speak to someone else and eventually I spoke to a lady, she sounded somewhere very noisy and kept leaving long pauses is the conversation as if there was something else going on.  She just wasn't interested in what I was saying, and when I left a pause ended it by saying thank you for shopping with Amazon we hope to see you again soon.  I think not.  I cancelled all my subscribe and save orders and deleted everything from my basket and shopping list.  I want someone to listen to my problem, understand what it is, deal with it and do what they say they will.  At least that was the end of it all, I needed a glass of wine to calm down.

Friday, oh no it wasn't finished yet.  The doorbell rang, my second Amazon delivery had been returned to the delivery company from wherever they had delivered it to.  I stood there amazed while he apologised it had no packaging, the box had disintegrated???   Or maybe the receptionist or someone had checked the contents before returning it but didn't have a dog, I don't know, it just makes me think in all different directions.  I refused delivery.  I have emailed Amazon customer services and told them, not that they will be very interested, as long as I give them a good rating on their surveys they are happy.  Apparently I will get a response in six hours, I don't want one, the whole experience has been upsetting and distressing, I just never want to go through anything like this again.

Bet you wish you had skipped it now, oh, you did, well anyway, want to see my hand project? 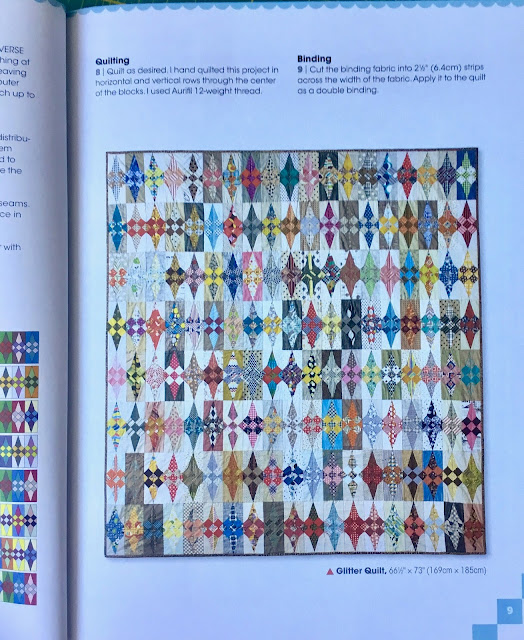 Sorry the pic isn't great, I can't get rid of the colour cast, but you get my drift, it's lovely.  It has got Y seams though, that's why I was going to make it by hand.  Changed my mind after the first one!  Then I decided I would do it half in half, so I cut out the pieces and machined together what I could for the first few blocks, here is where I am up to. 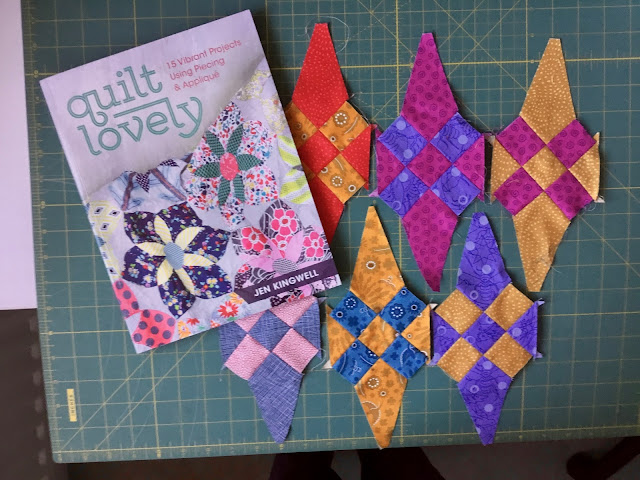 Don't ask me what's happening to my pics, rubbish, Sorry about that.  Here are the first blocks waiting for the background bits with the Y seams, only I forgot to stop stitching at a quarter inch before the Y point.  I'm great friends with my unpicker.  I'm not sure when I will get back to these, they were meant as a long term project I could take to my monthly class so I don't have to carry a sewing machine so don't hold your breath on seeing them any time soon.

You know what, you wait all week for a post and when it comes, rubbish!  Well we all can't be sweetness and light all the time.

Until next time
With smiles from,
Kate x

Linking up with:
Can I Have a Whoop Whoop?
Finished or Not Friday