My Week That Was

Before I tell you that I want to show you what I have received in the post.  Firstly 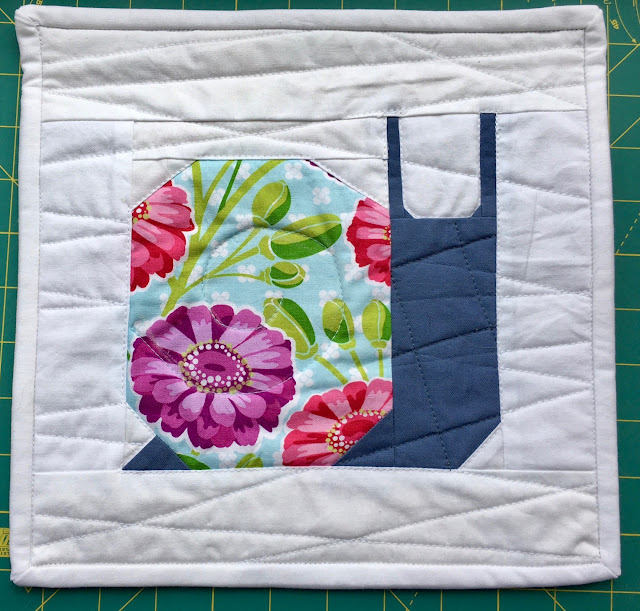 my lovely snail block mini from the lovely Sue @Sevenoaks Street Quilts.  Isn't it absolutely wonderful?  I had admired Sue's snail blocks a few weeks ago, I get LOTS of snails in my garden.  Indi my beautiful Springer Spaniel loves them, in fact it has become something of an issue as she likes to crunch on them, shells and all.   My mini came with some lovely fabric too, only I forgot to include it in the pic.  This was the Pay it Forward gift I told you about last week.  Thank you so much Sue I so love it, it will be going on the wall of my sewing room where I will see it every time I sit down to sew. 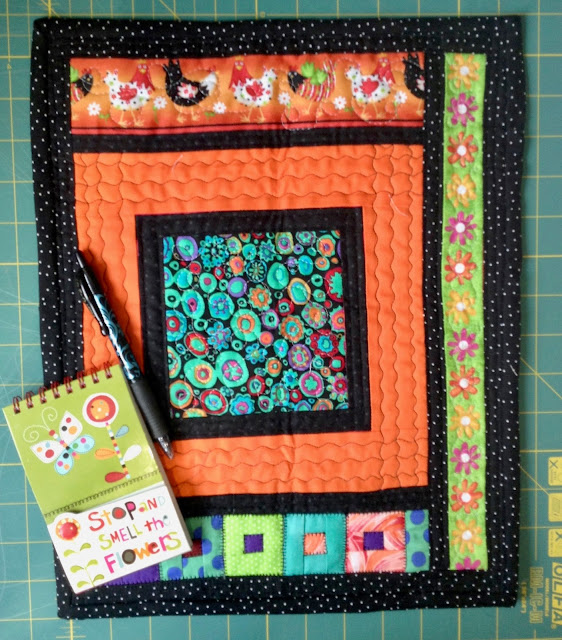 Chicken Poop!  You know I want to giggle every time I say that.  It came with a cute notebook and pen from the lovely, and very descriptive Janice @Colour Creating and Quilting.  If you missed our swap posts you can see my mini and read all about it here.

My important sewing to be done this week was my bee blocks and as you know I am in two bees this year, and wouldn't you know it both of them asked for bird blocks this month.

First Stash Bee, where     requested a paper pieced block, groan, not the dreaded paper piecing, but yes, sigh.  I couldn't put off any more and that is how I spent Friday, stitching 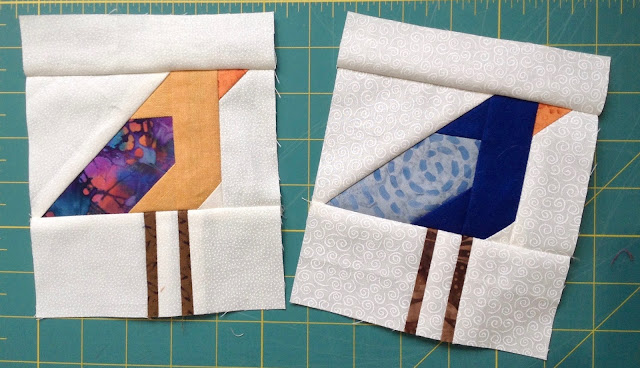 these blocks.  I made the yellow one first and believe me my unpicker got plenty of work.  I took one piece out three times would you believe?  Partly because I used the wrong fabric, partly because I added the wrong piece, oh the list goes on.  It took me over three hours, I kid you not, for a block that finished 5" x 6" inches.  I only had to do one but because it was so small I decided to do three, but in the end I was glad to stop at two.  Keep your fingers crossed no one else in either of my hives asks for paper pieced blocks again this year.

Then in Bee Inspired Velda who was Queen for April requested a bird block she had draughted out herself. 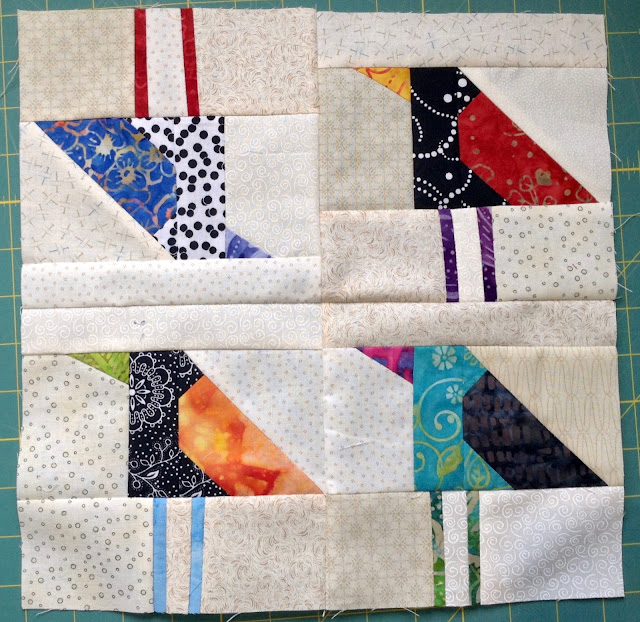 This is a 12 inch finished block consisting of four six inch bird blocks, you can find the pattern on Velda's blog @GRANNYcanQUILT.  Velda requested they contain either a black with white or white with black or a dark fabric with a bright.  I found some strips left over from a jelly roll for three of the bodies and a lovely grey batik for the wing of the third to mix it up.  I made them scrappy as requested, hope she likes them.  These were much quicker to do being pieced, I made all the bodies first then the beak units and added a strip to the top.  The leg units were easy then it was just arranging them together.

Both lots will be winging their way across the sea this week and that is another thing off my list.

At this point it would be fair to say that although there are many bird blocks freely available on the internet if you want variations in your birds Lynne Tyler on her blog The Patchery Menagery has a pattern with over 40 pages of variations and detailed instructions.

The good news is I FINISHED THE NOT A MYSTERY ANY MORE QUILT!!!  Actually about half an hour ago and I haven't a pic yet, so you will get that next week.  Remember all the trouble I had with the binding last week?  Well I ended up just making a pocket for the second end to go into, not quite as neat as a miter but it was easier with the join in the wrong place and less noticeable than it would have been.  I finished it by hand stitching to the back AND I added a label, which to be honest I don't always do, but Karen from KaHolly insisted I should do for historical purposes.  Karen is right of course, and should I tell you a secret?  Remember Bluebell Woods?  I loved making her so much I felt I just HAD to label her, so I  left a corner and didn't quite finish  hand stitching the binding, ten months later she is still waiting, don't tell Karen!

I have been doing 'something else', I'm not going to tell you this week, but I'm hoping I will have a pic for next week and you won't believe it!

So until then
with smiles from,
Kate x