Playing with my scraps update

Today I thought it would be fun to go back to a post I did in April, I've been playing with my scraps.  You may not have seen that one, I did it as an extra post after a fun filled Saturday afternoon.  I didn't share it at all, it was just there, so if you were not a follower then chances are you will have missed it. 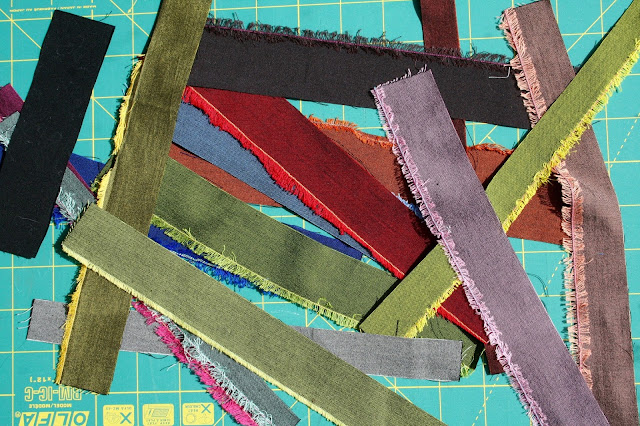 These are the scraps in question.  All I had left from the Oakshott City Lights Lipari fabric.  They were so beautiful I didn't want to waste them, so I just had a play.  They were from fat eighths, selvage scraps which varied in width from less than an inch to about an inch and a half so not much to play with.

Now I hadn't done any improv at that time although I was drawn to improv quilts but I hadn't anything to loose and thought, how hard can it be?  So I had a go.  Oh how naive, I didn't have a clue what I was doing. 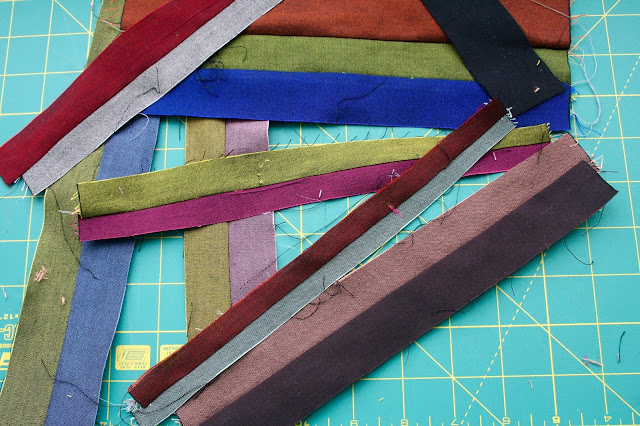 I just started machining random strips together first, then started cutting them up. 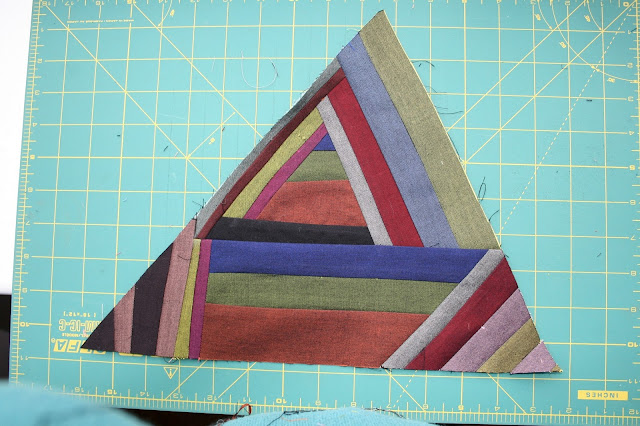 This is what I eventually ended up with, not very inspiring is it?

Ok, so time to see if I could do anything with it. 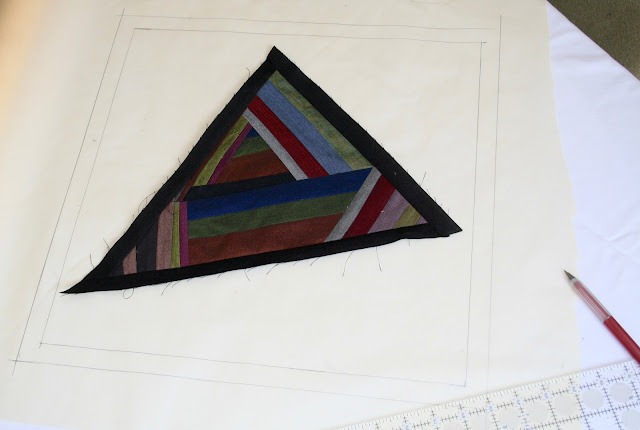 I decided to make the most of it I would turn it into a cushion (pillow).  First of all I added a black narrow border to finish about about three quarters of an inch.  That's when I had my brainwave, now don't laugh, I decided to paper piece it.  When you have picked yourself up off the floor and dried your eyes I will continue.  Thank you!  I got out my roll of golden threads paper and drew an 18 inch square with seam allowance, I allow extra for a cushion. 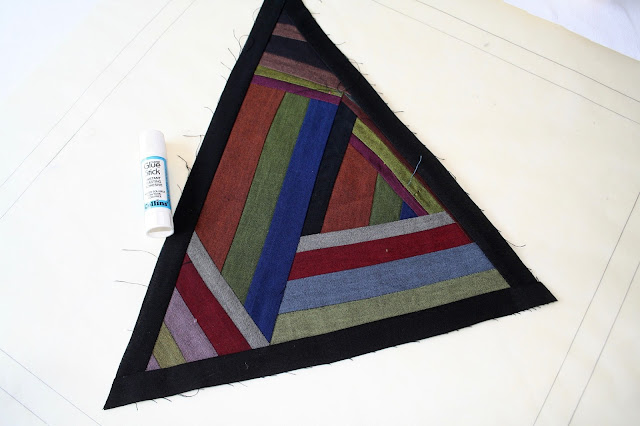 I chose the angle I wanted to place it, and used a dab of fabric glue to secure it so it wouldn't move around when I was working.  I would usually use a pin but it was a little large, well ok then, a lot large. 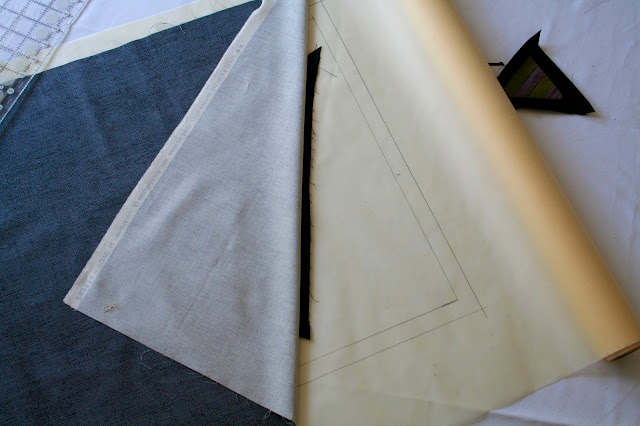 I estimated how much I would need, creased it, and cut. 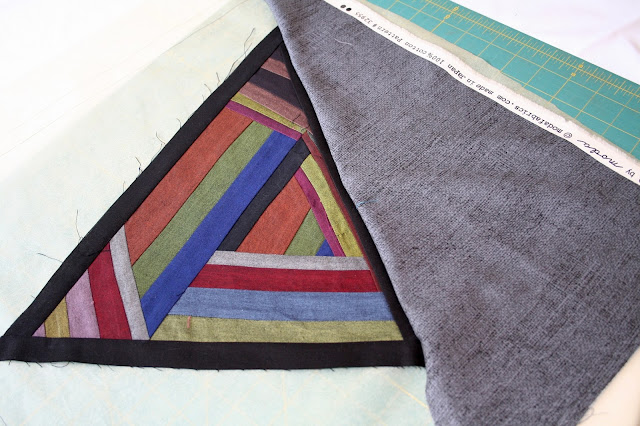 Then I checked the cut was right before I machined it in place. 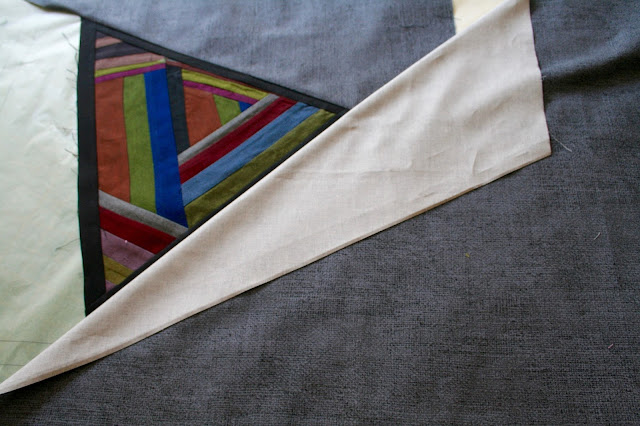 Then I repeated for the second side. 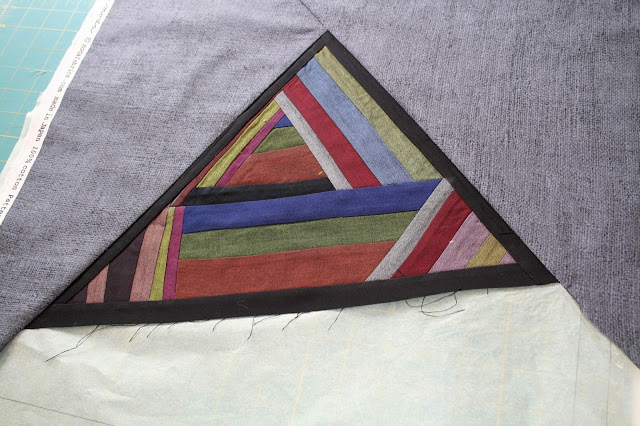 It was adding the third side things started to go wrong a bit.  The fabric kept slipping with the slippery paper, so I ended up taking it off and pinning the fabrics together.  That is why the black edging is a little, yes, I did say a little, uneven.  I can't show you a pic of the three sides because I forgot to take one.

I then went on to do the quilting, finishing it with a simple envelope back, because as we all know, I don't do zips, at present that is. 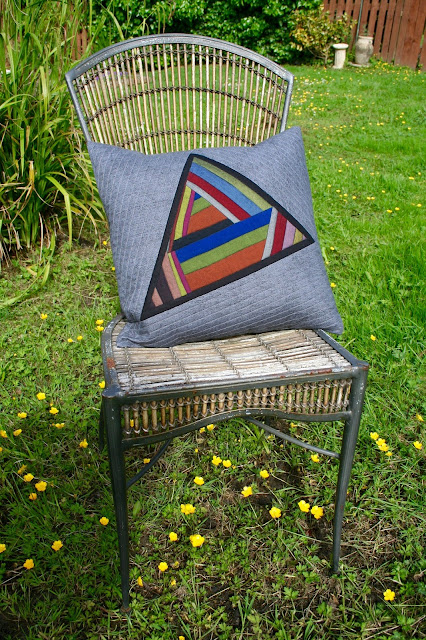 This was the result.  Like my buttercups?  Why have a boring green lawn when you can have a bright and cheerful one. 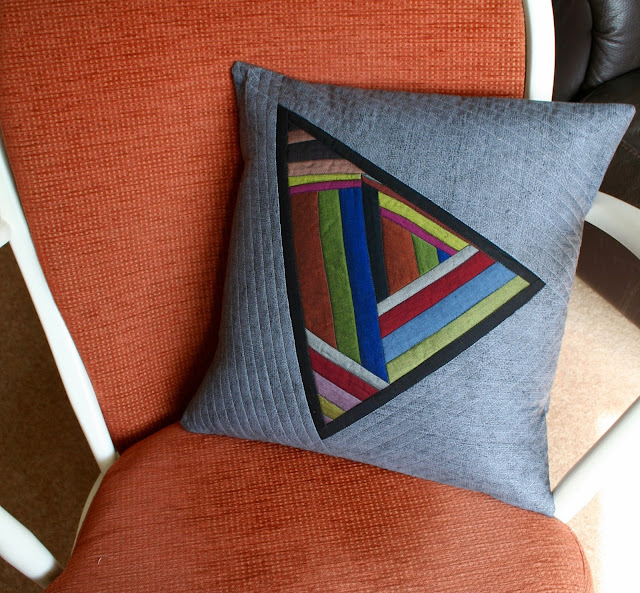 Have another look, isn't it beautiful?  All of those selvedge ends that could have gone to waste, would you have kept them?  Yes it's a bit wonky, and it's not proper improv, but would you notice that unless you examined it closely?  Well, yes, probably, but not if you just glanced at it across the room you wouldn't. I just did straight lines with the walking foot using the edge as a guide, so about half an inch width.  I had been thinking about spiral triangles but there was no point because there isn't enough negative space around the triangle.  If you look closely at the bottom you can see I did a diamond shape grid at the points, a nice little feature which saved me from burying threads (believe that you'll believe anything :-)) 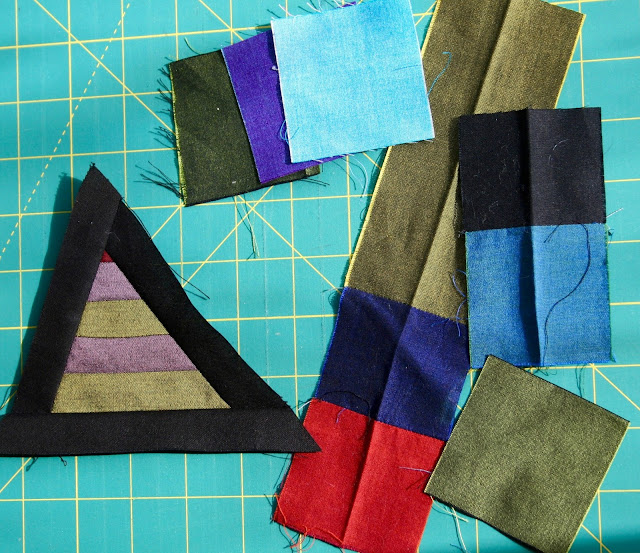 I hope you are all suitably excited about The Secret of Bluebell Woods post tomorrow.  Have you guessed yet?

Remember you have until midnight on Saturday to enter the giveaway, just leave a post about Bluebell, or the New Quilt Bloggers Blog Hop on Bluebell Woods Revealed to enter, and for a second entry let me know how you follow me.

I am so excited to be revealing the secret, I would be even more excited if I had written the post!

See you tomorrow
With smiles from
Kate

Linking up with
Needle and Thread Thursday